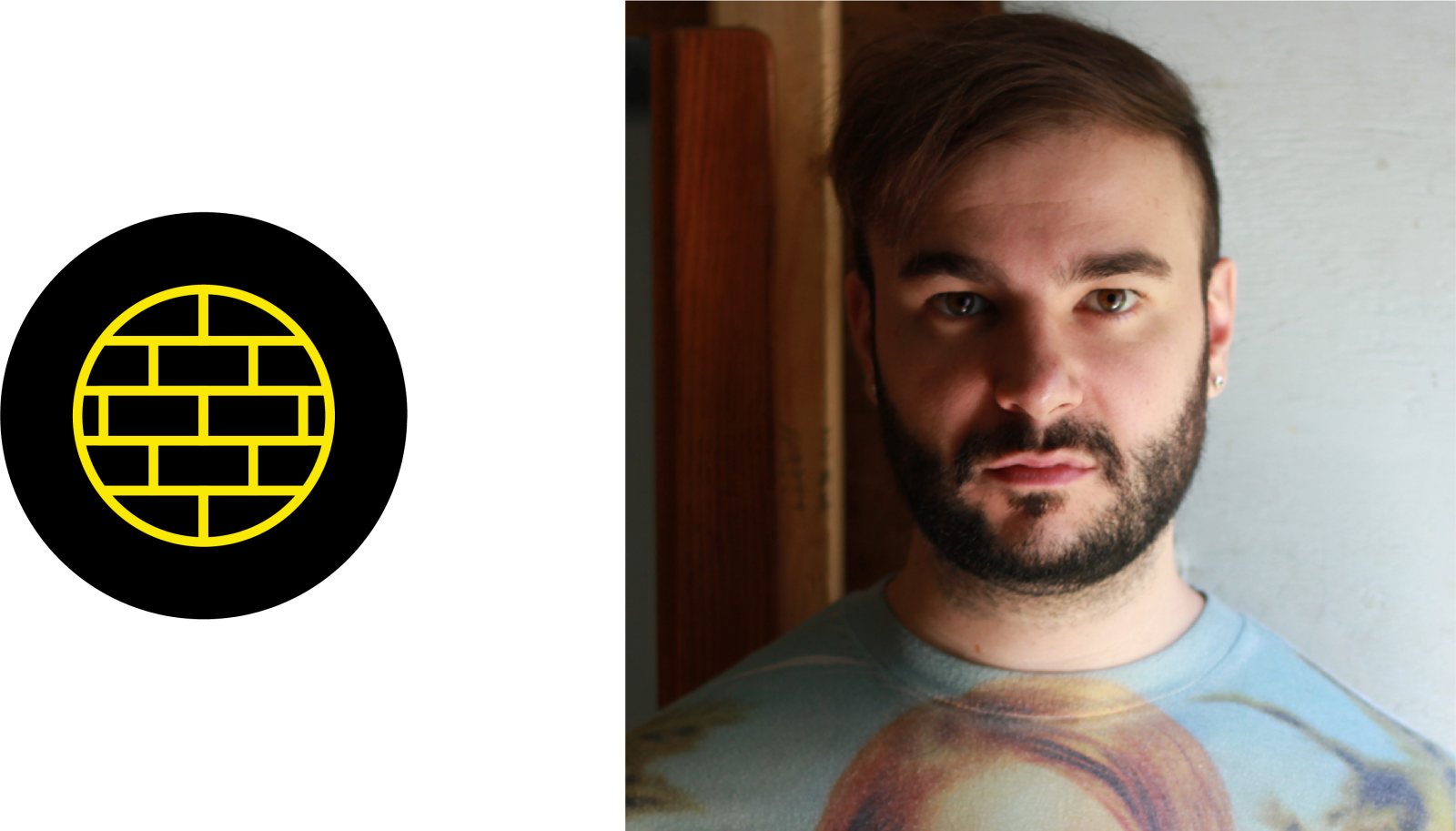 Jeffrey Poirier’s art practice focuses on in situ installations in the liminal zone between architecture and sculpture. In recent years, he has developed a body of installations incorporating presentation displays that he calls “Les presentoirs” (The Displays). His works take inspiration from the language of ornament, often playing with geometric and organic motifs, and interrogates traditional, culturally determined ways of looking at the objects that comprise our material heritage. He endeavours to expand the notion of environmental criticism to examine individual and collective human lifestyles.
Jeffrey Poirier has had solo exhibitions in Quebec, Canada, France, and Japan.

Is this giant sphere rolling down the alley, or purposely blocking it? Its shape confronts the straight vertical lines of the surrounding buildings, despite the illusion that all are made of the same material, brick. While the mosaic pattern recalls this favourite building material of the 19th and early 20th centuries, its shape clashes with the straightness of the buildings, adding a contemporary touch.

Dare to approach and walk around the work: its relationship to the human scale just might give you vertigo. 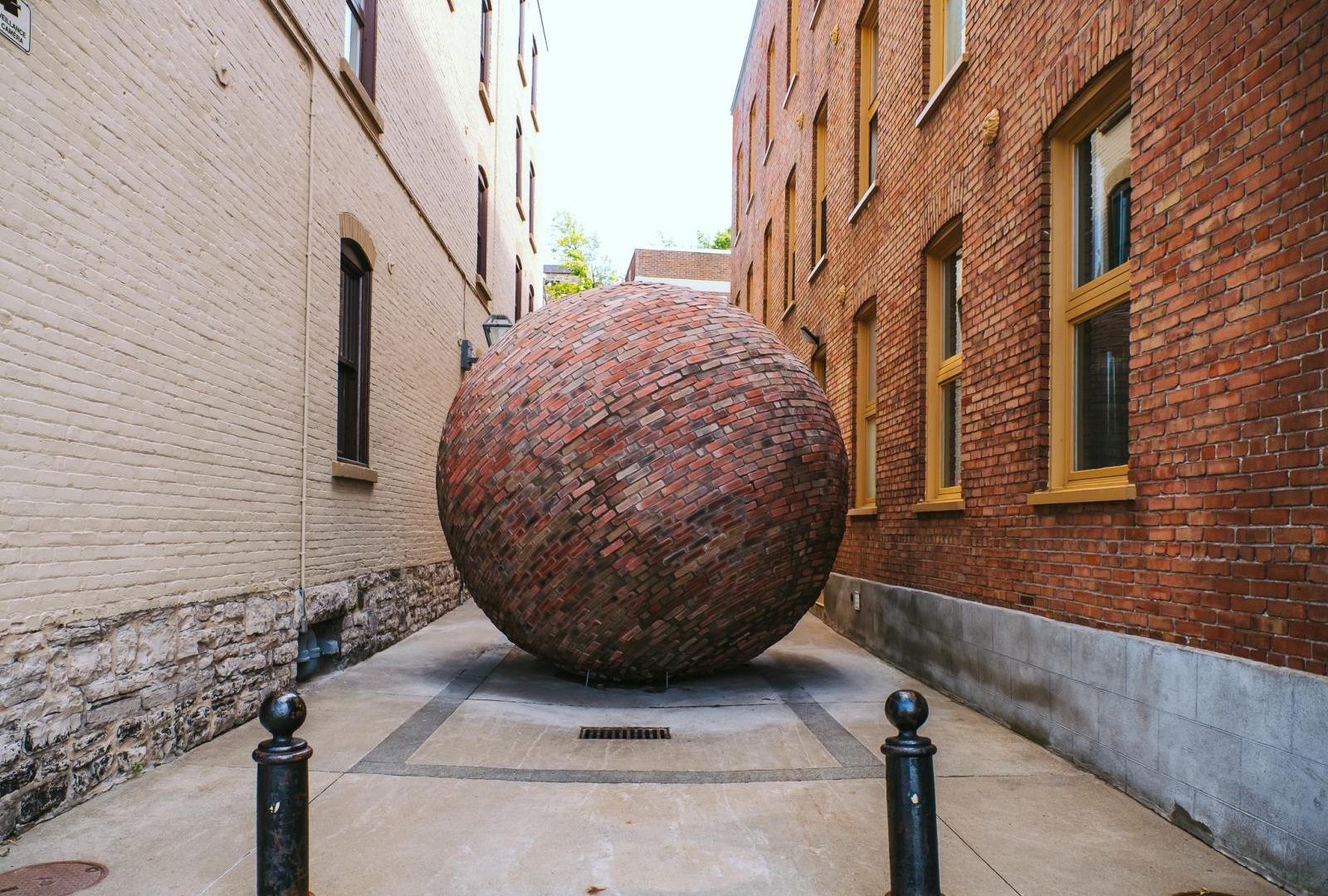 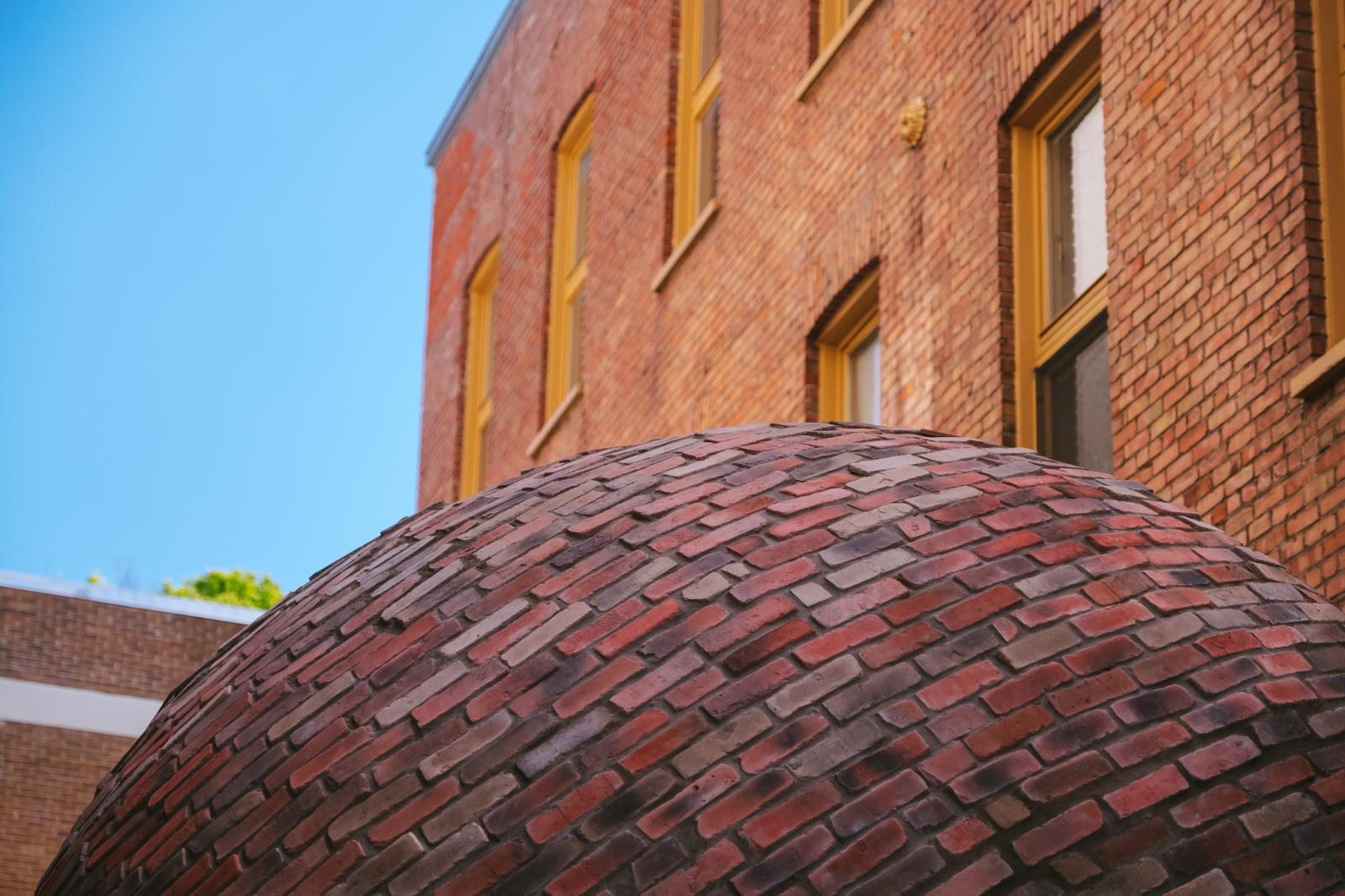 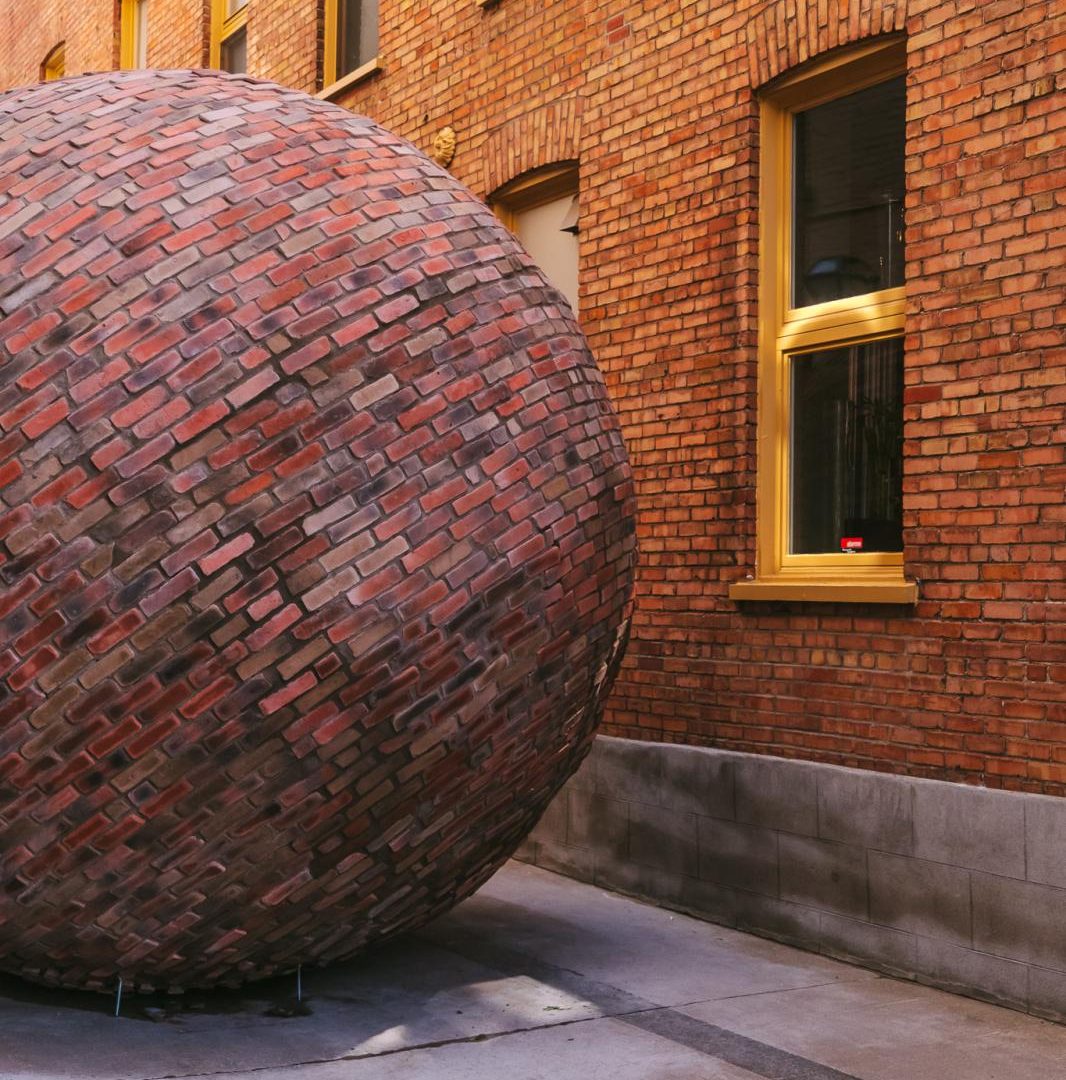