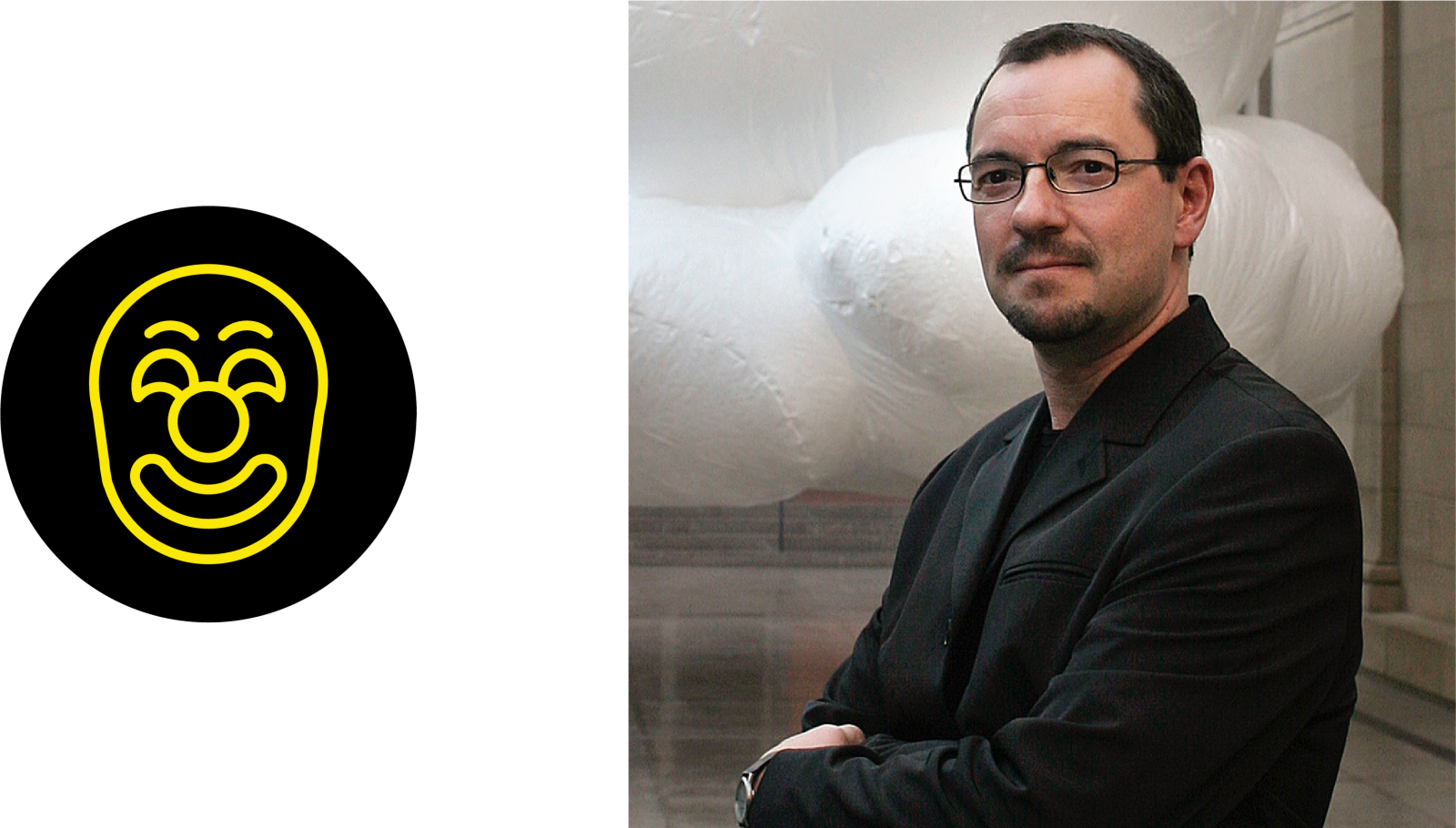 Max Streicher has been creating inflatable sculptures for thirty years, with a particular interest in the motion of human breathing through artificial wind tunnel systems. The choice of location for his installations creates tension between the occupied space and the sense of whimsy represented by the balloon.

The scene seems absurd: two inflatable clown heads stuck between building walls. Compounding the strangeness, the figure of the clown—an object of mirth—takes a turn for the disturbing, depending on our point of view and our level of sensitivity. The title Endgame (Nagg & Nell) refers to the Beckett play in which two characters, Nagg and Nell, live out their days in a dumpster after losing their legs… 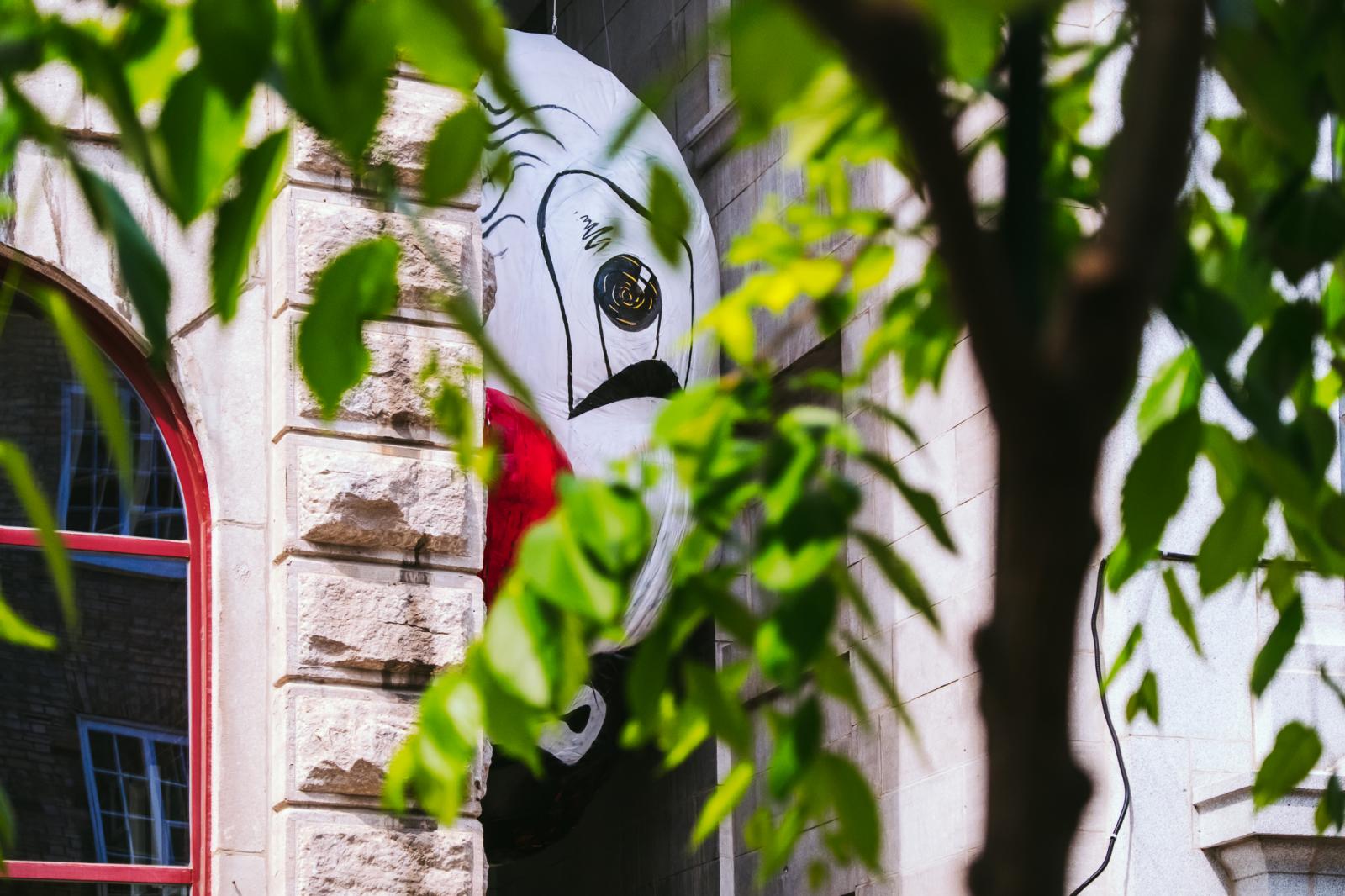 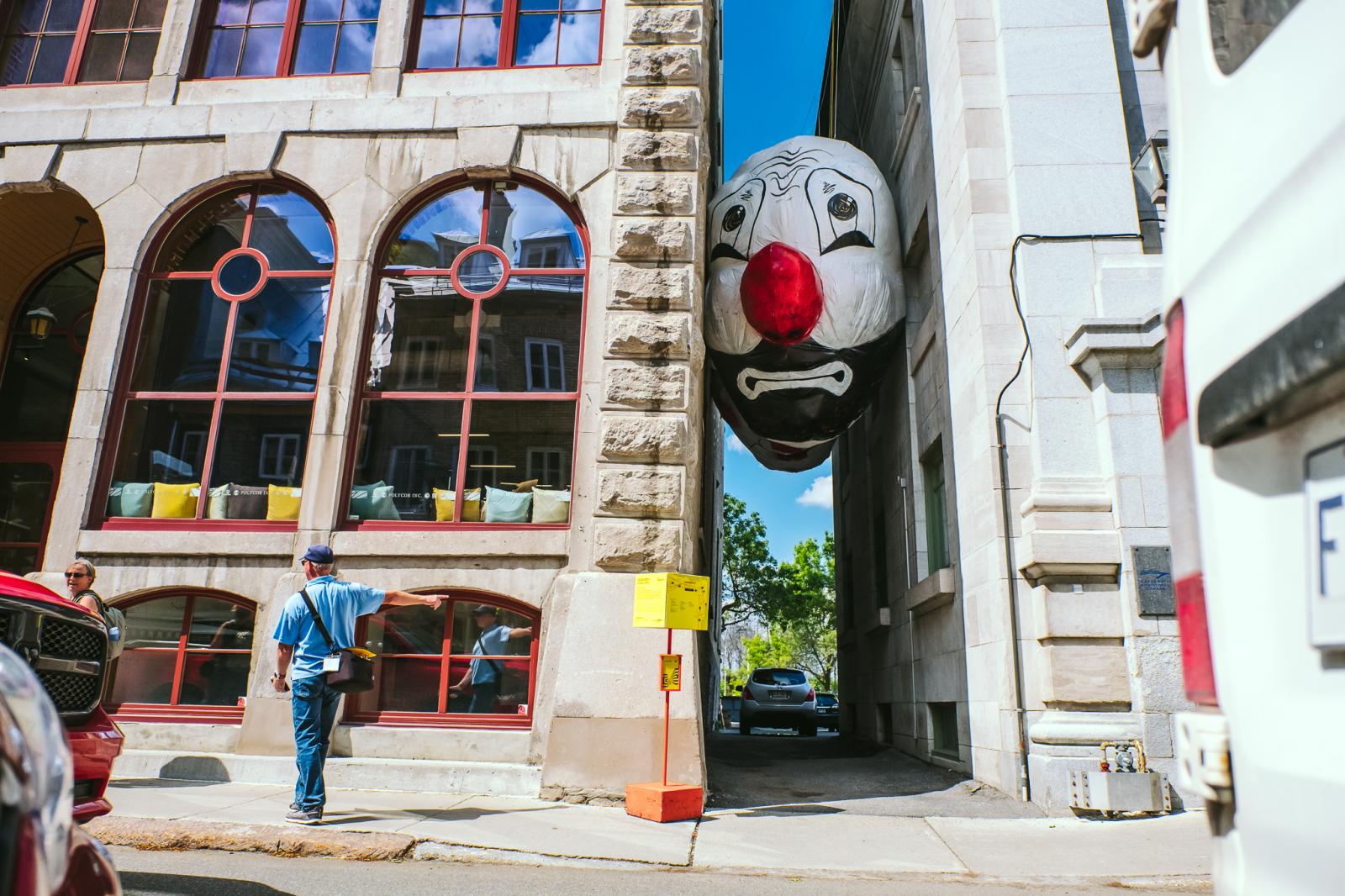 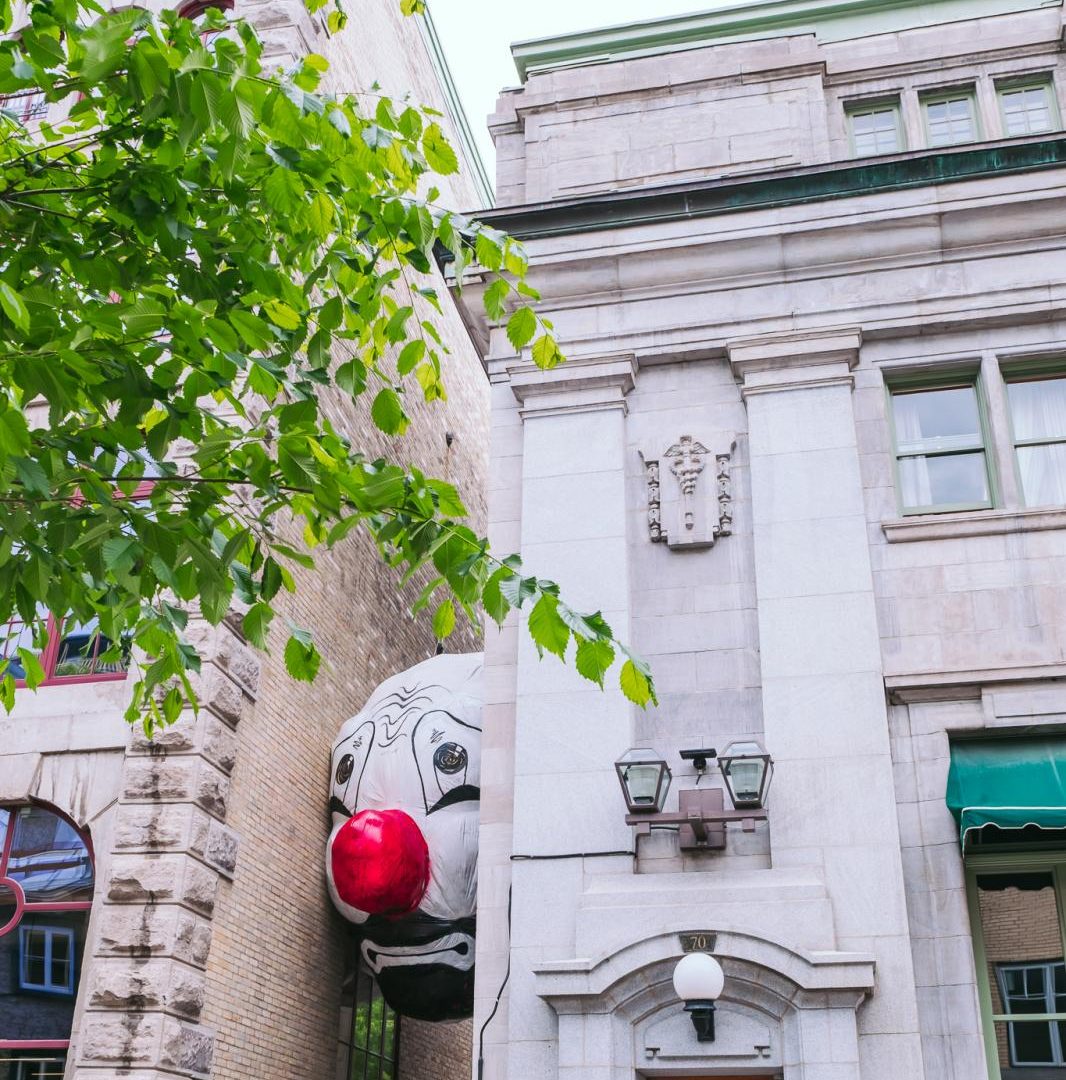