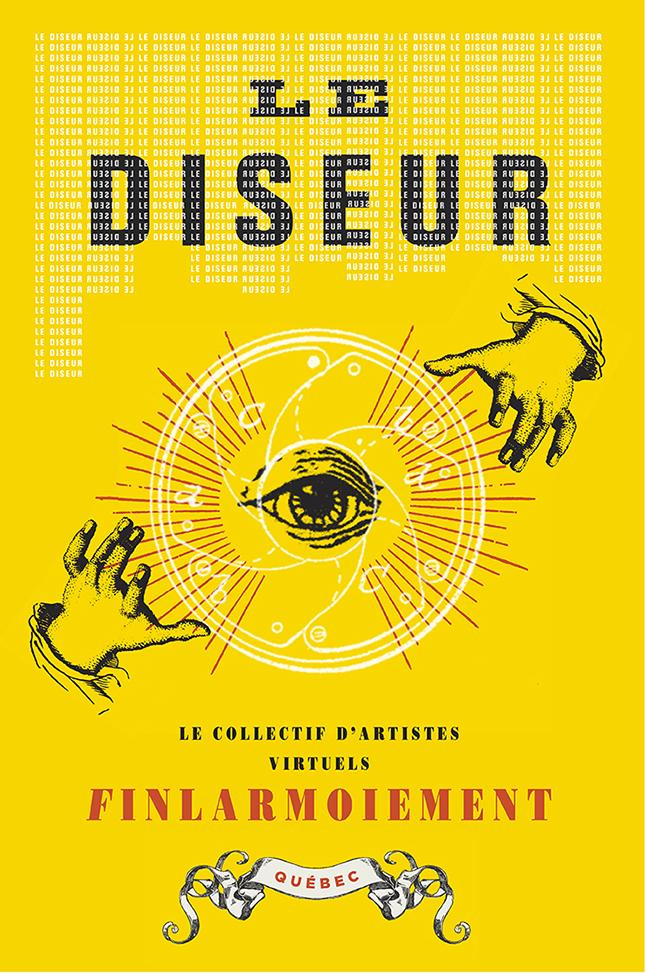 Enter quietly, and then be yourself, your true self… There is something, no, someone waiting for you. It’s Arthy LeRobot, a friendly-seeming robot who doesn’t for a second doubt its superiority to human beings. Arthy will ask you questions, then assign you a mission! Anything but shy, Le Diseur (the teller) is waiting for you in the parlour. finlarmoiement is an artists’ collective that periodically disappears, only to be reborn. Participating artists have accepted the “virtuality” of their presence, which can be seen as the “the strictly potential state of their reality as beings.” In 2015,

Arthy LeRobot grasped control of the collective, and has led it ever since. Among notable public appearances are performances such as Arthy reçoit (Arthy has guests over) and Arthy explique : vous ne serez jamais un artiste génial (Arthy explains why you’ll never be a great artist), presented at Mois Multi 2014. 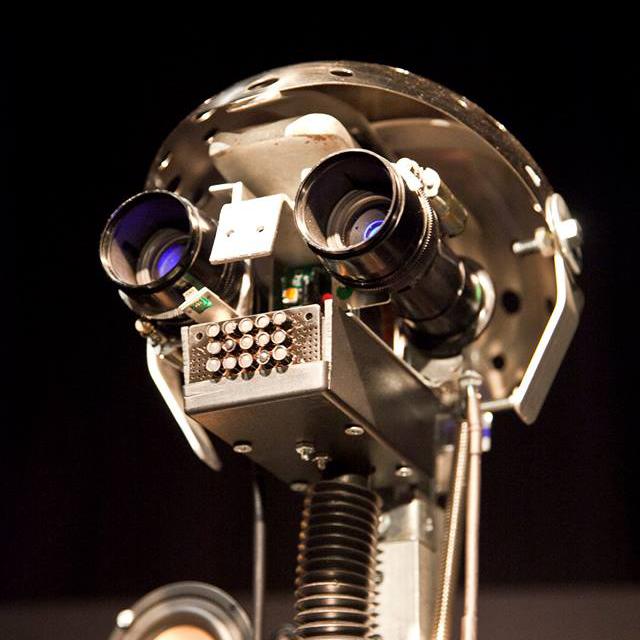 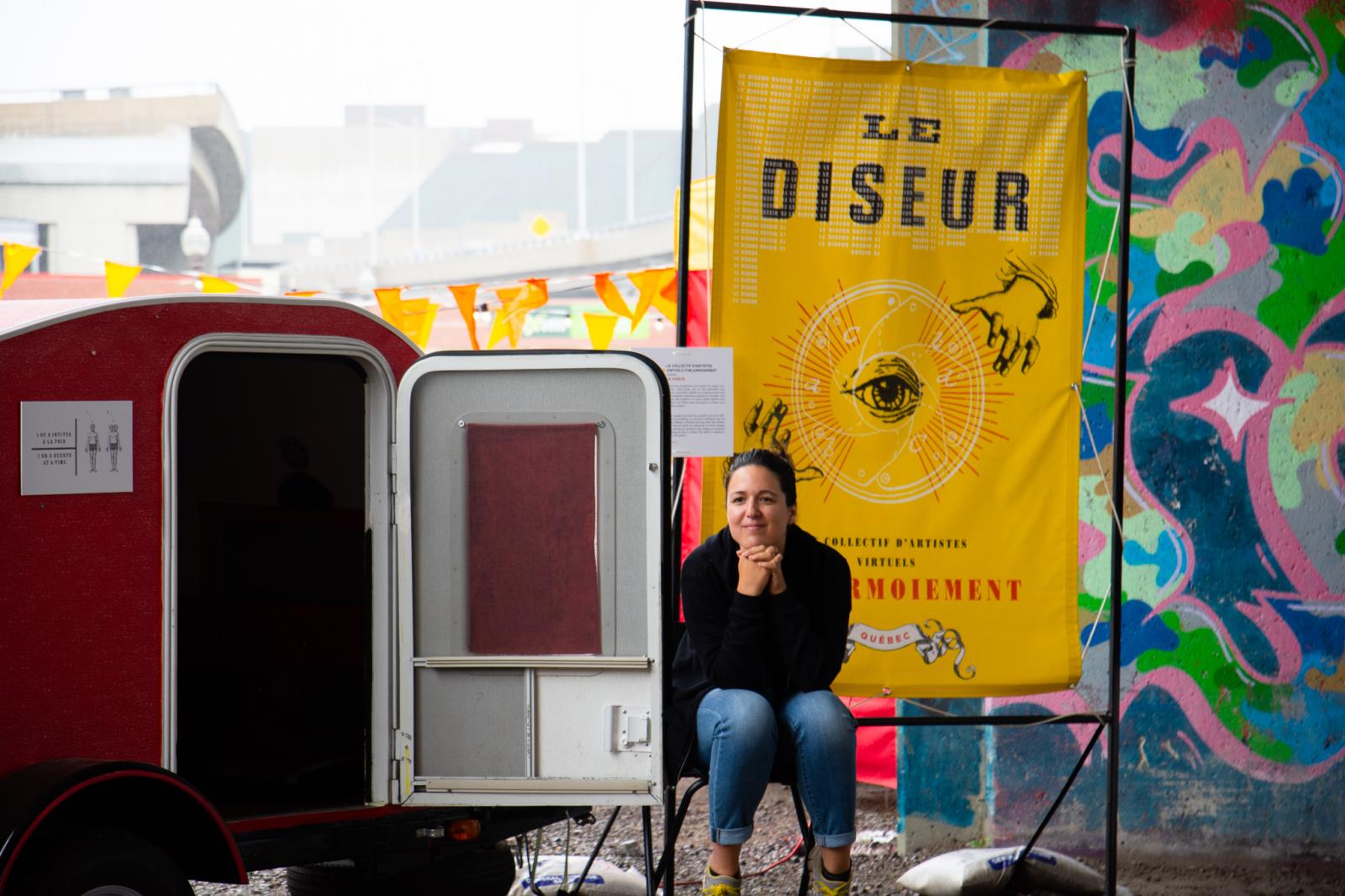 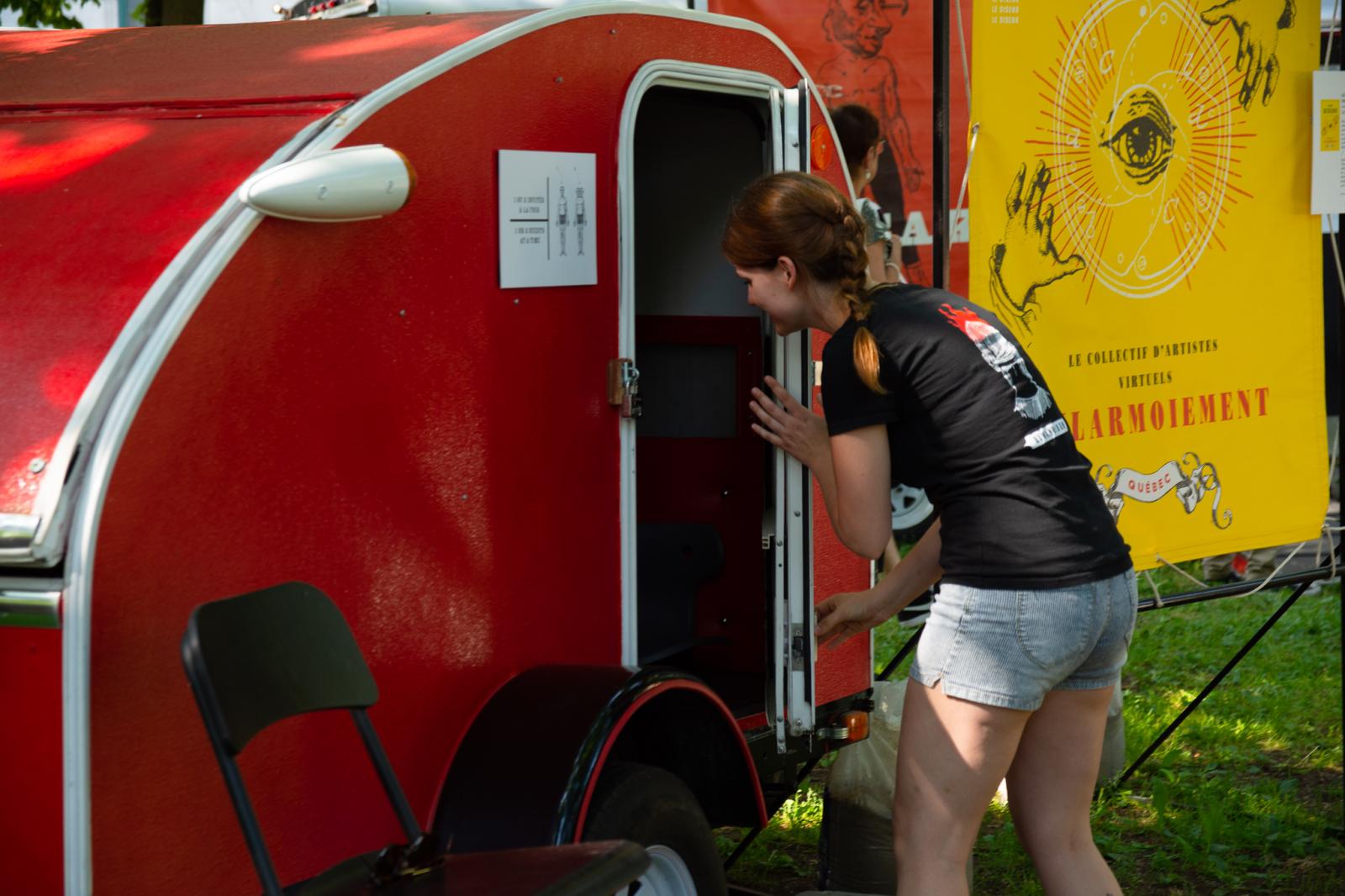 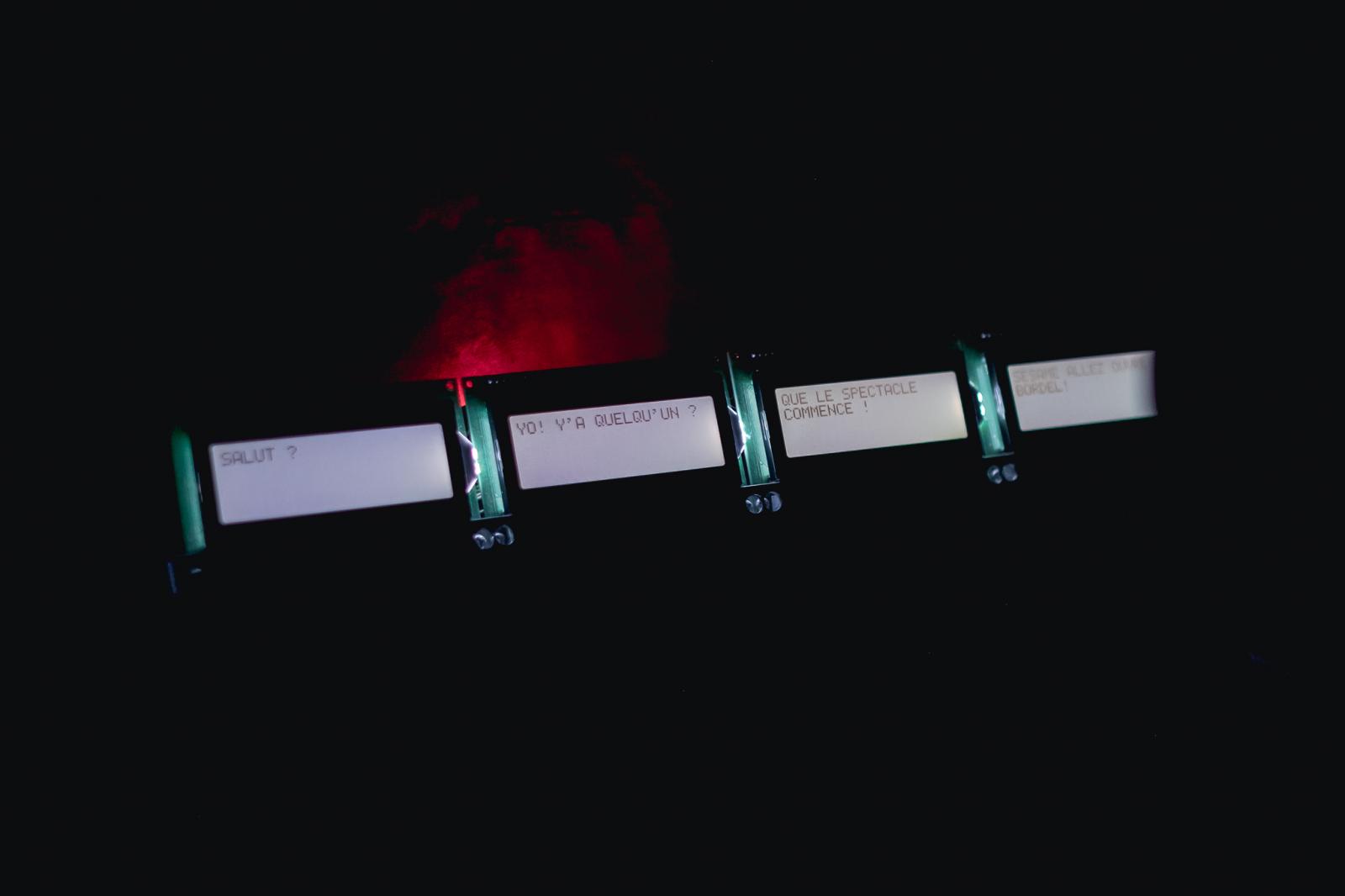 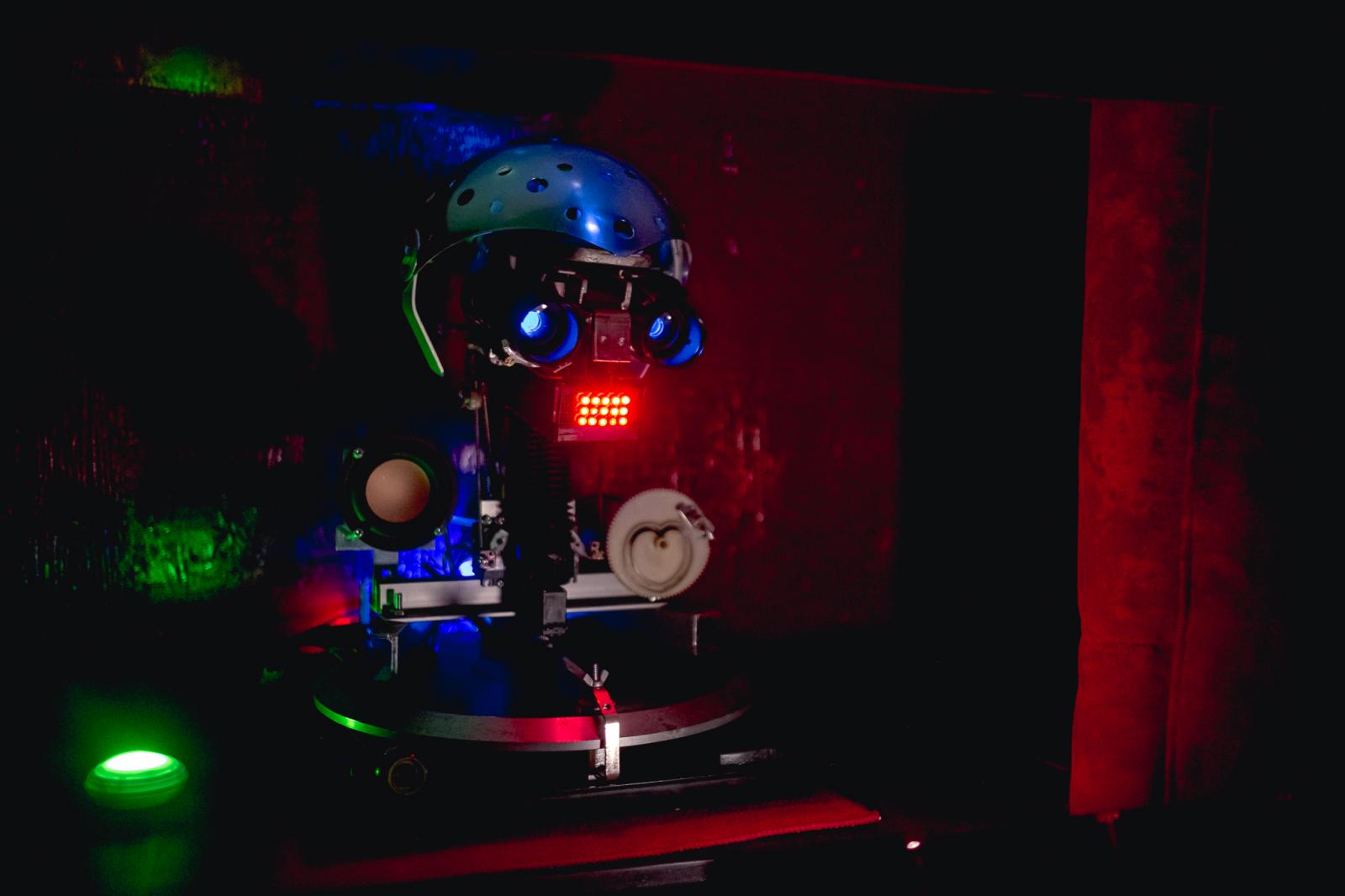 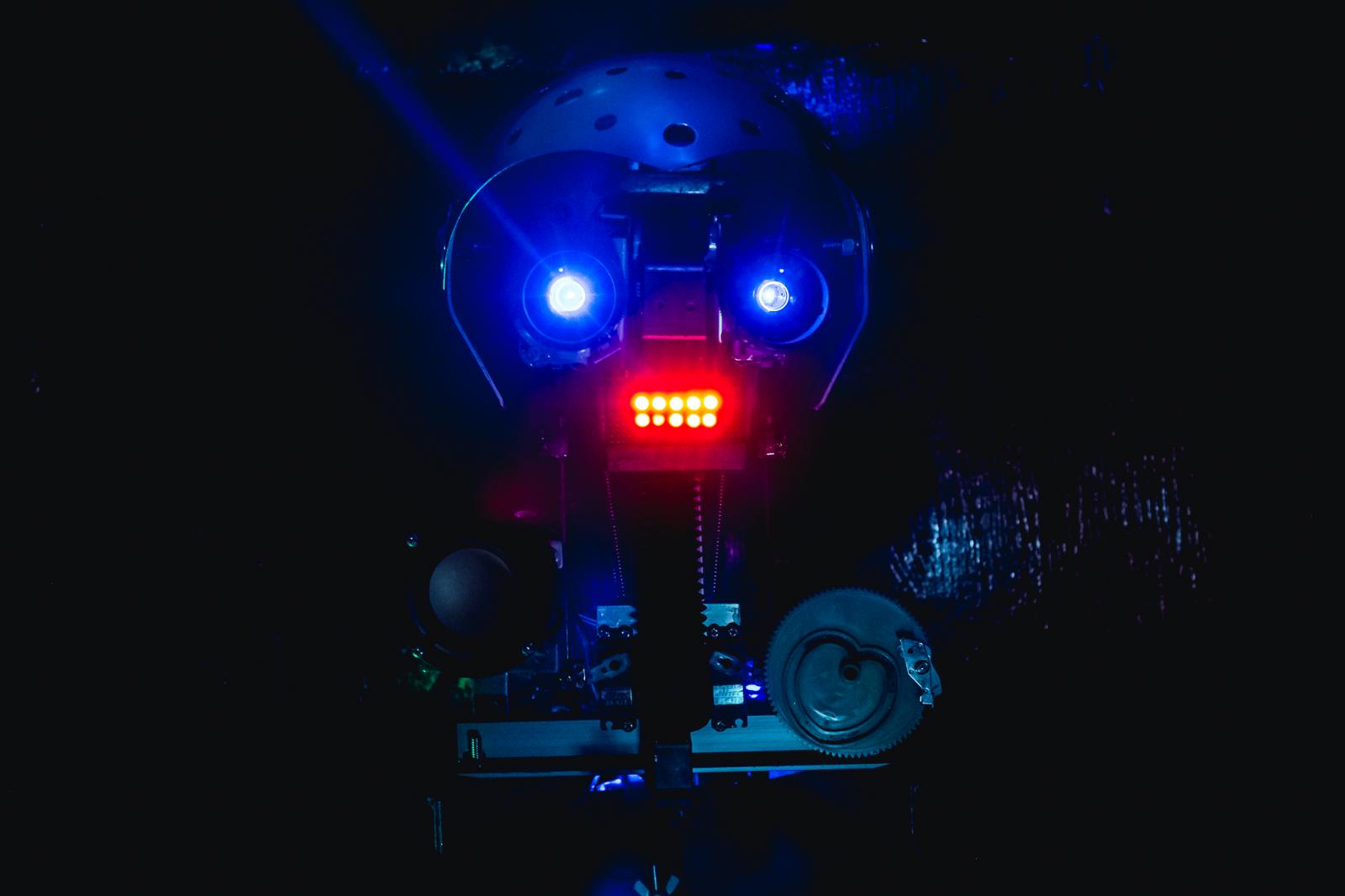 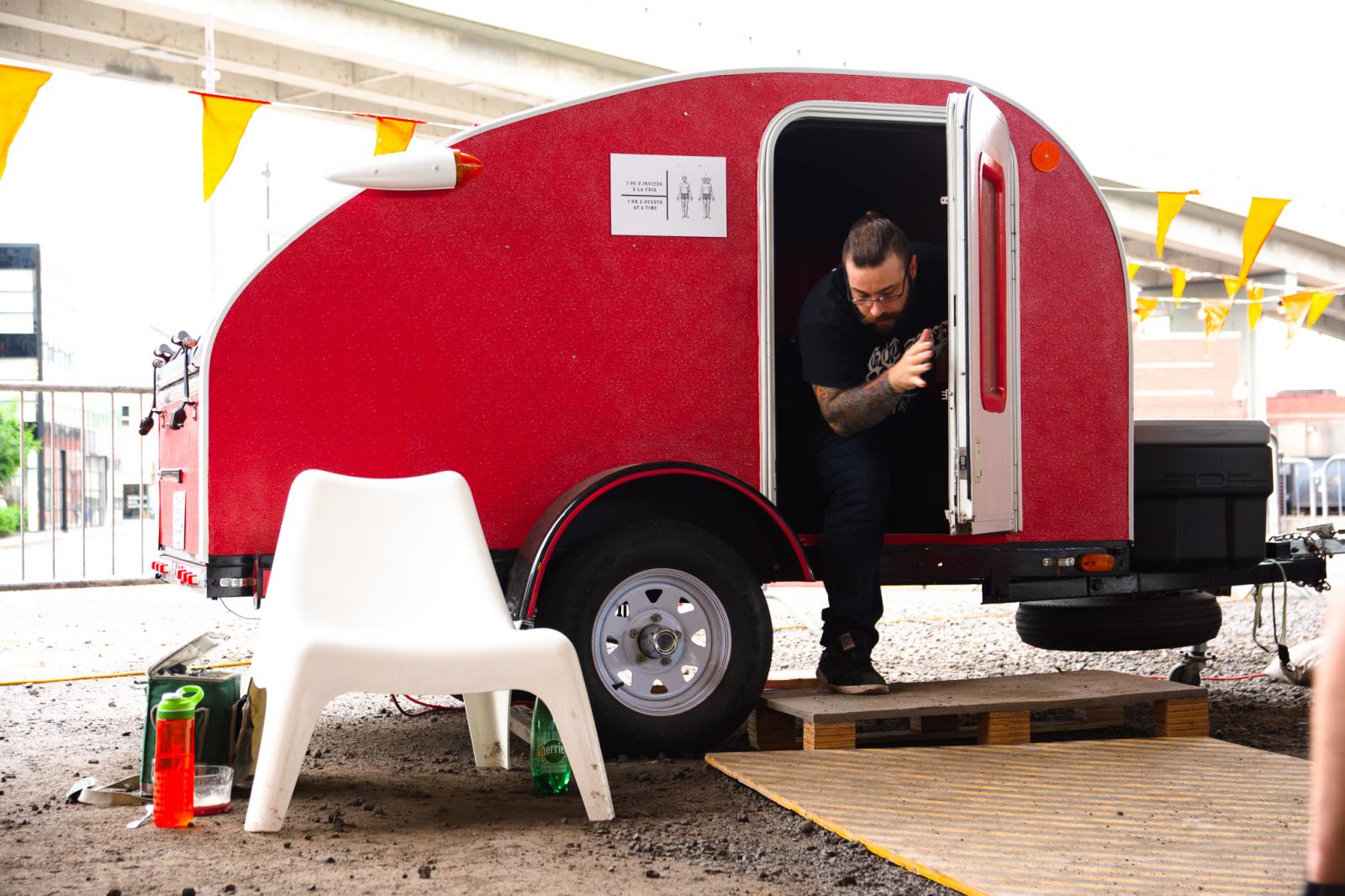