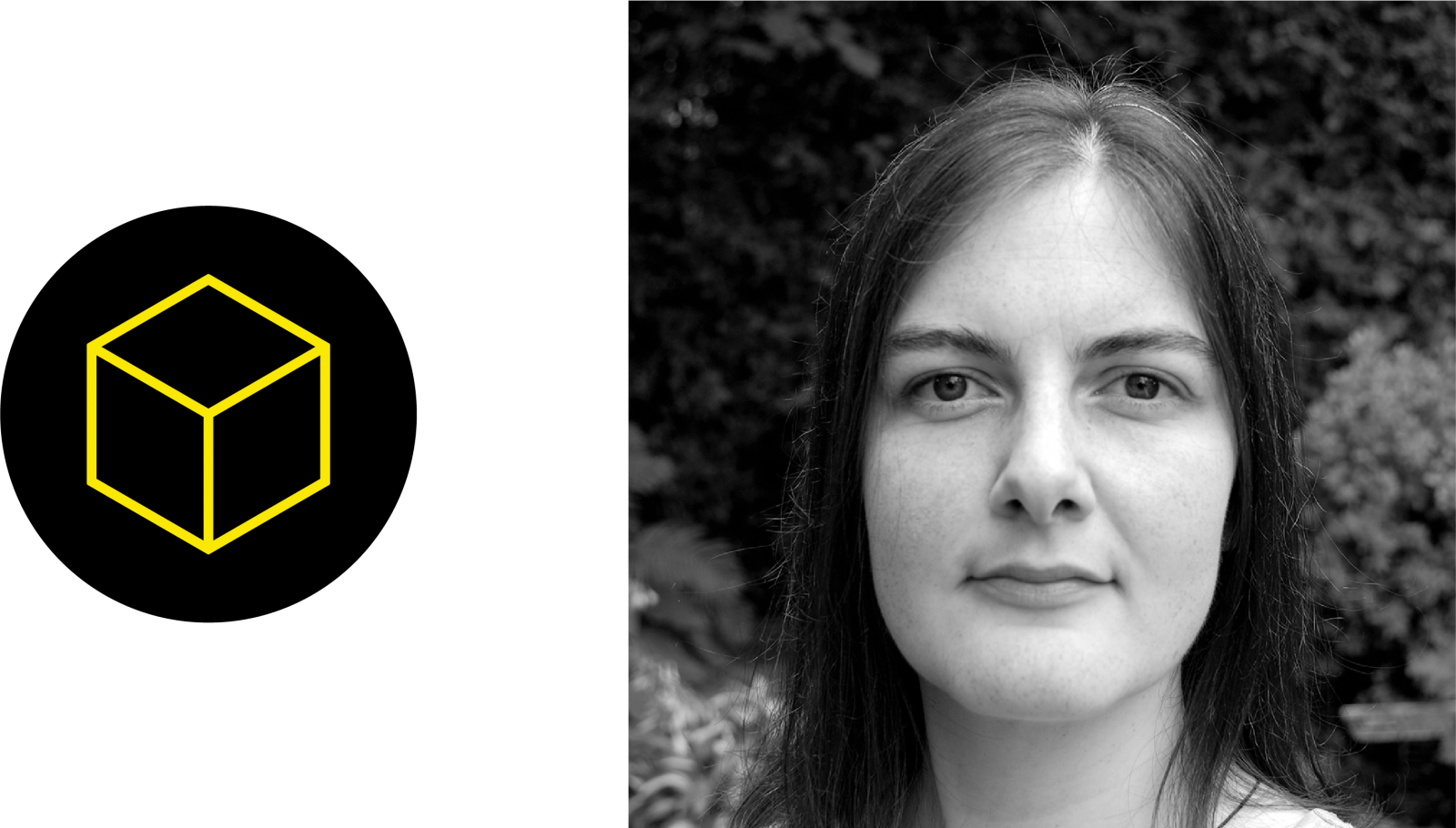 Marie-Eve Martel is a visual artist who has won multiple awards, distinctions, and grants from the Quebec arts council (CALQ), the Canada Council for the Arts, and the Elizabeth Greenshields Foundation (in 2008, 2009, and 2011). Her work is held in major collections such as the City of Montreal, Loto-Québec, and the Government of Yukon. Areas of interest include the materiality of the landscape, the ways human beings inhabit space, and particularly what architecturally mediated spaces represent and their impact on human behaviour and imagination.

This is Marie-Eve Martel’s third participation in Passages Insolites, after her work Cube Spatial (Space Cube) was shown in 2017 and 2018.

For the 2016 edition of Passages Insolites, a “spaceship/temple” touched down in Quebec City’s Old Port. Still every bit as enigmatic, the Space Cube is back, this time in the Saint-Roch district. Inspired by iconography and symbolism, Space Cube invites spectators to discover an imaginary world, somewhere between the organic and the geometric, hidden inside its walls. Peering through the “magic eye” reveals a hybrid city that imperfectly reflects the outside while multiplying versions of its own reflection inside. 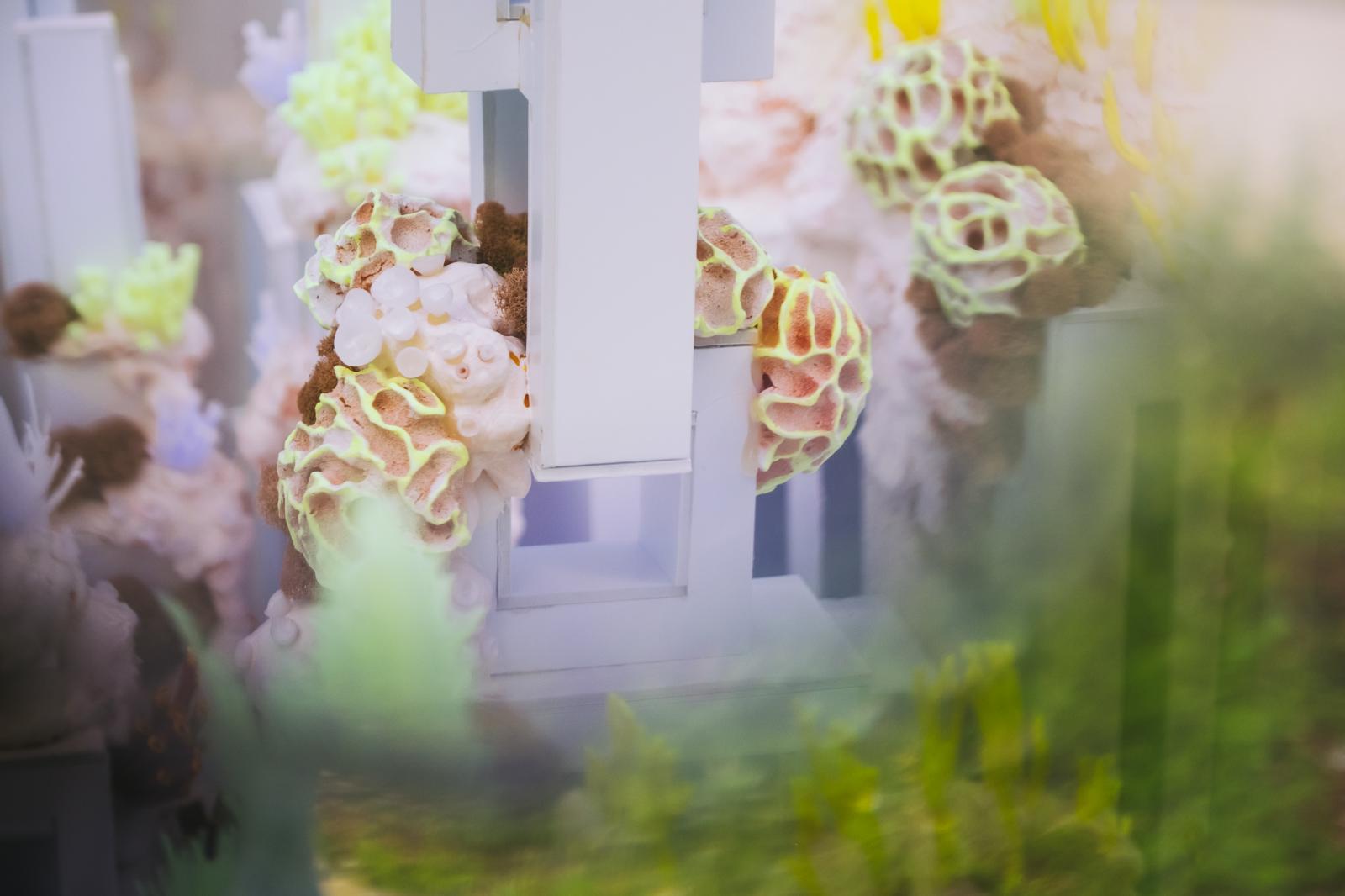 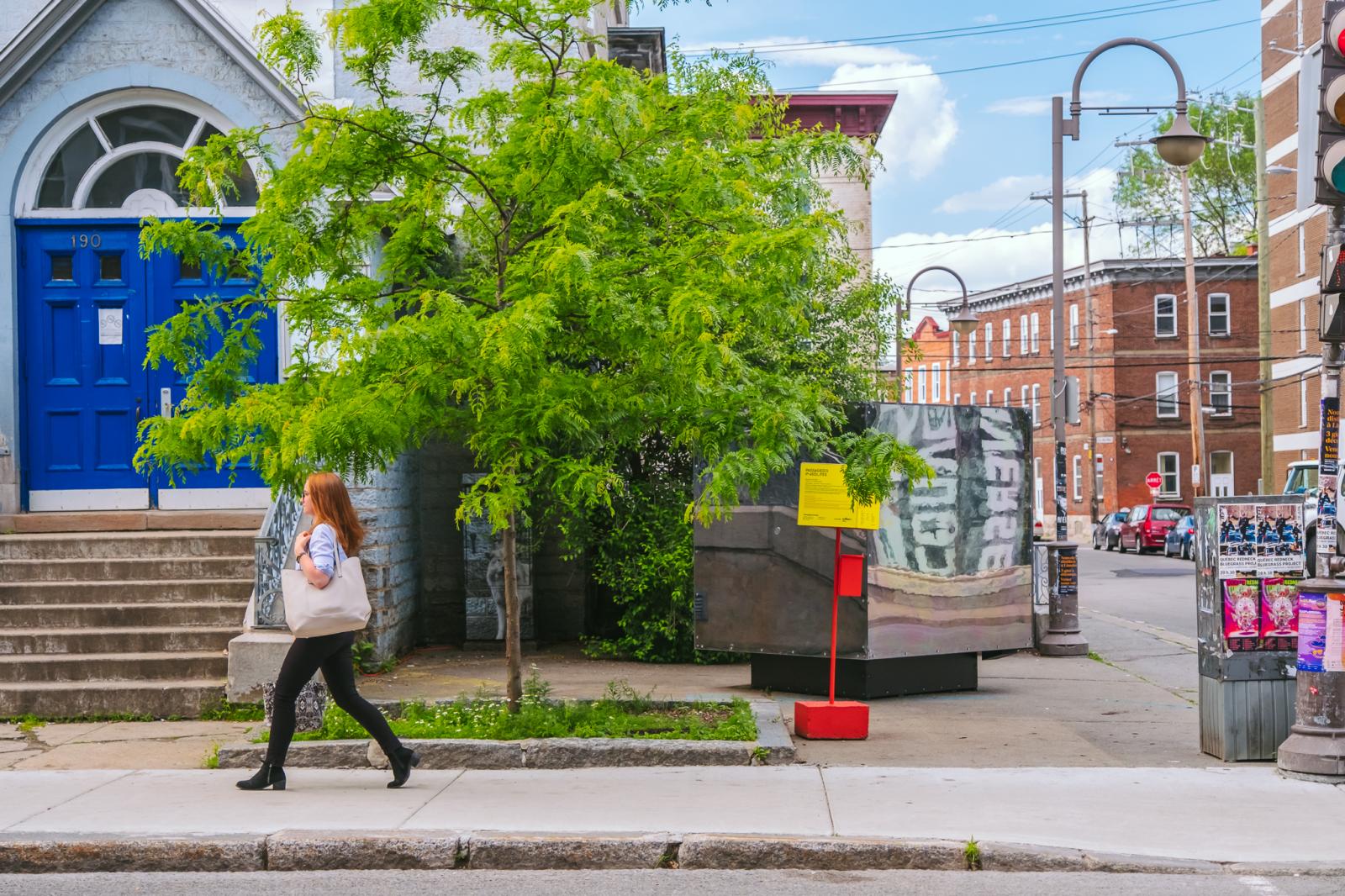 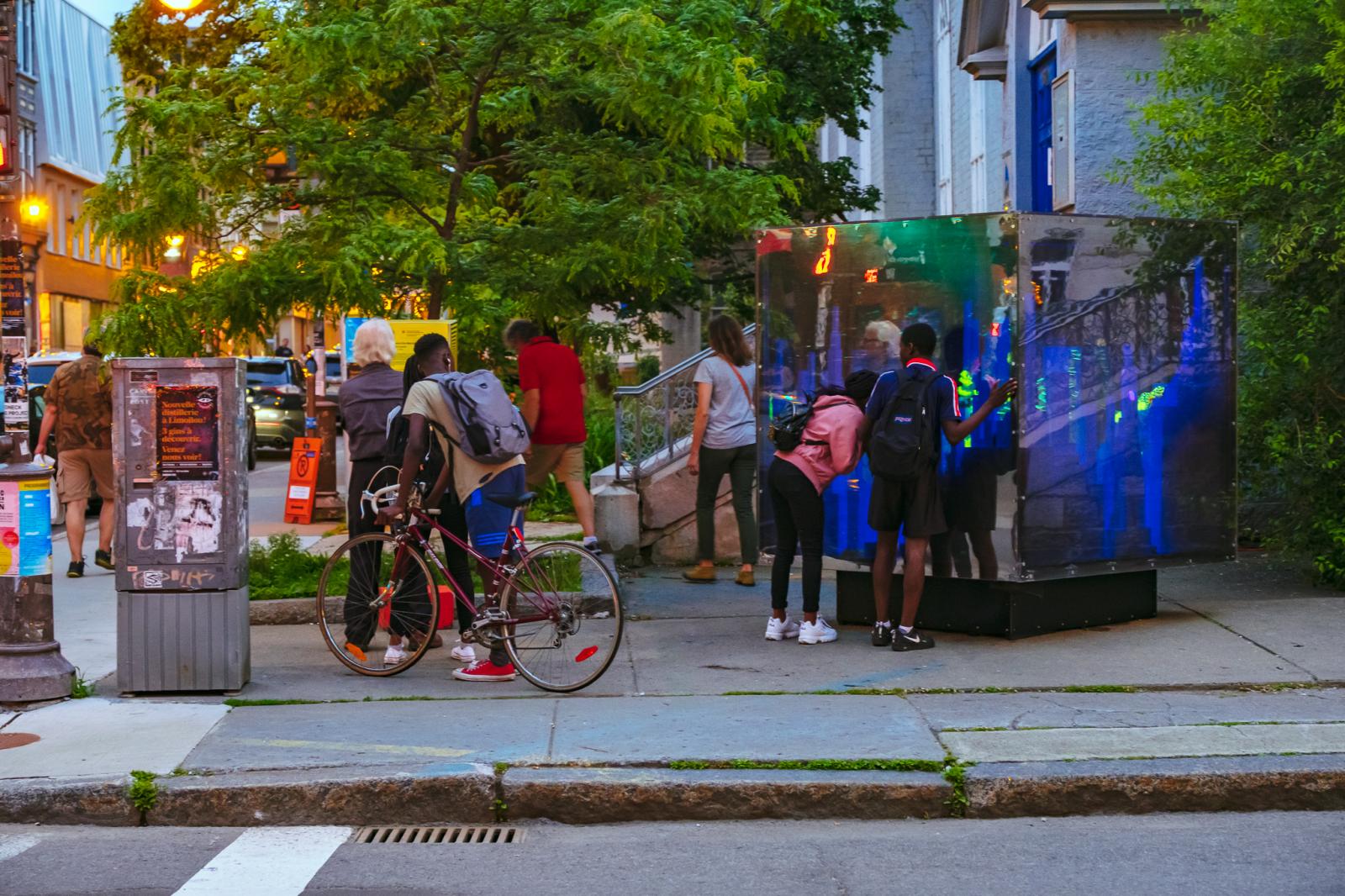